Say no to fire carckers.

LIVE & LET LIVE, LET US SAVE GOOD ENVIRONS TO OUR FUTURE GENERATIONS!
If you want to know “why you should not Burst Crackers”, kindly read through!
Firstly, some basics
Do you know really Deepavali is? 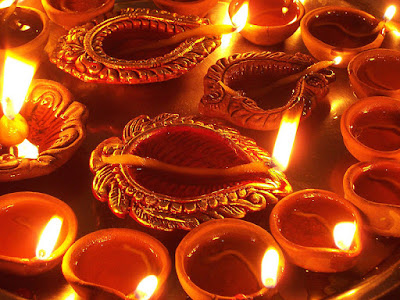 Deevali, or Divali is a major Indian festival, and a significant festival in Hinduism, Sikhism and Jainism which means Deep (light) avali (rows), a row of lights that taught us to vanquish ignorance that subdues humanity and to drive away darkness that engulfs the light of knowledge. Deepavali is also celebrated by Buddhists of Nepal


In many parts of India, it is the homecoming of Raja Ram of Ayodhya after a 14-year exile in the forest. The people of Ayodhya welcomed Ram by lighting rows of lamps. marks it as the day Lord Krishna defeated the demon Narakasura. In Jainism it marks the nirvana of Lord Mahavira. The Sikhs celebrate Diwali for a different reason; on this day, the Sixth Guru, Guru Hargobind Ji, was freed from imprisonment along with 52 Hindu Kings (political prisoners) whom he had arranged to be released as well. After his release he went to Darbar Sahib (golden temple) in the holy city of . In happiness they lit candles and diyas to greet the Guru. In , Diwali is now considered to be a national festival, and the aesthetic aspect of the festival is enjoyed by most Indians regardless of faith
So, Deepavali was celebrated by Hindus, Jains and Sikhs across the globe as the "Festival of Lights," where the lights or lamps signify victory of good over the evil within every human being.
But how do we celebrate it today?
Diwali today means.
.
More ‘air, noise, water, land & social’ pollution due to use of lots of fire-crackers.
Which mean more patients for hospitals during & after the festival, more darkness rather than light, more pollution and a significant rise in global warming.
More evil than good, more Ravan than Ram, more hinsa and asatya than Lord Mahavir and more ignorance than Guru Hargobind Ji.
Today, it is celebrated by us as the “Festival of Darkness".
Do you know what educated Indians think about using fire cracker (Pataka) (especially during divali).
Here are some of their thoughts:
1. What kind of celebration is that when you disturb little children and elderly people, when you pollute the atmosphere, scare animals, dirty the street, and encourage an industry that we all know depends on child labour (it's very easy to make a sticker that says 'no child labour'). Our country is already noisy crowded and crazy with traffic and stress .. why on earth do these people want to add to that?
2. The Festival of Lights, diyas are lit to guide the goddess Lakshmi into the home. Surely all the crackers exploding like bombs must make her think they are trying to chase her away!
3. I guess it is like the person said about getting drunk at Christmas parties, a true Christian would not do that. And similarly, I suppose a true Hindu would not burst crackers on Diwali.
4. We can't stop people from doing this, but I hope we can educate and make people aware of the dangers and the "rudeness" of bursting crackers.
5. I really don't understand why people simply waste their money on crackers, which is even dangerous to life some times.Instead of that we can light the candles or 'deepam' in and out of our house and make this festival even more grand with less money.
6. In many schools, teacher's are asking their pupils to take oaths that they won't light crackers. This is really positive move that every one should follow.
Perhaps crackers are for people whose souls are so numb that they need this outlet to feel alive .,,, I almost feel sorry for them
During this festival (3 to 5 days), It has become a custom to enjoy Diwali through “Lighting Lamps” “Exchanging Sweets & Gifts” & "BURSTING FIRE CRACKERS".
First two are better way to enjoy, but what about the third one??
Are you aware what is the impact of bursting Fire crackers on the environment??

.
It affects environment in the following ways:
1. Air Pollution affecting health especially to diseased persons, aged people, children & pregnant women.
2. Water & land pollution will pollute our resources rivers, lakes.
3. Increased Noise levels can cause deafness/stress to many.
4. It takes several weeks to bring back normal air quality.
5. Fire hazards causing heavy damages to life and property.
6. Social nuisance leading to community disharmony.
7. According to the CPCB, 95 per cent of the crackers available in the market violate noise and air pollution norms.
8. Thanks to crackers, pollution levels of rose to 10 times the permissible limit on Diwali day 2002, when noise levels touched 140 decibels.
9. Release of Greenhouse Gases which results in global warming which is responsible for floods, hurricanes, melting of ice, extreme hot and cold weather, death of polar bears (they starve to death because ice caps in Arctic are melting), migration of people of Tuvalu (smallest country which is just 5 m above sea level), etc , etc..
The indicators of depleting environmental quality are harmful gases in the atmosphere, degradation of land, global warming, ozone depletion, loss of species and habitat and air and water pollution.
Are you aware what is the impact of bursting Fire crackers on the health??
It affects health in the following ways:
.
Highly polluting nature of these firecrackers lead to a plethora of diseases………
There is a 25% increas in asthma patients at OPD after Diwali. Air pollution rises 6-10 times adn the after-effects last for weeks, according to Dr. Pramod V Niphadkar of .
Most disturbing is the increse of heavy metals in the atmosphere. Studies show that he heavy metals remain in the atmosphere for long and then get oxidised before entering the food chain through vegetables and fish.
The level of suspended particles in the air increases alarmingly during Diwali, causing eye, throat and nose problems. Although most of us do not feel the immediate impact, these problems can later develop into serious health hazards, according to Dr Rajesh Chawla of Apollo hospital, .
Suspended particulate matter (SPM) exposure to the level of 100 ppm results in headache and reduced mental acuity. The effects are more pronounced in people with heart, lung or central nervous system diseases. dioxide is readily soluble and dissolves in the larger airways of the respiratory system. This stimulates a contraction at 2 to 5 parts per million (ppm). At higher concentrations severe contraction restricts the breathing process.
Nitrogen dioxide is less soluble and so penetrates to the smaller airways and into the lungs. They destroy the linings of the respiratory surface, thereby reducing the intake of oxygen for the body. These cause respiratory allergies like asthma especially to the susceptible population.
Causes throat and chest congestion, and are likely to aggravate problems for those already suffering from coughs, colds and allergies.
High decibel level results in restlessness, anger, fidgetiness, impulsive behavior and over-reaction to situations. Most crackers used have more than 80 dB noise that can cause temporary hearing loss, says K Agarwal, chairman, Health Care Foundation,
Scientific data to suggests that noise pollution can cause leads to hearing loss, high blood pressure, heart attack and sleep disturbances. Normal decibel level for humans is 60 dB. An increase by 10 decibels means double the noise volume and intensity, says Agarwal.

Normal decibel level for human beings is 60. An increase by 10 decibels means double the noise volume and intensity.
Children, pregnant women and those suffering from respiratory problems suffer the most due to excessive noise. It results in making them hyperactive or withdrawn, says Dr Jitendra Nagpal, psychiatrist, Vidyasagar Institute of Mental Health and Neurosciences (VIMHAS), .
Allergic bronchitis, acute exacerbation of bronchial asthma, chronic bronchitis, ephysema, COPD (chronic obstructive pulmonary diseases), allergic rhinitis, laryngitis, ssinusitis, pneumonia and common cold increase during this times, reports Dr Naarendra B Rawal, consultant chest physician and pulmonologist. The number of his patients doubles during Diwali. The firework is one of the provoking factors for childhood bronchial asthma, he adds.
The Toxics Link study pointed out that there is threat of exposure even from the unburnt material. These particles are very small (1 to 5 microns in size) and contain metals along with carbon.

Frightening, isn't it! Time we took a fresh look at the way we celebrate Diwali if we want to escape cancer, alzheimer's and other deadly diseases. The only way to do so is to educate the children who are tomorrow's adults. Let us not leave more carbon footprints than we need to.
Celebrate Diwali by all means but do it meaningfully. After all, we have to inhabit this planet for a long time and all of us would like our children to inherit a cleaner and safer planet.
Are you still not convinced that why you should not use fire crackers than this is for all animal and pets lovers. 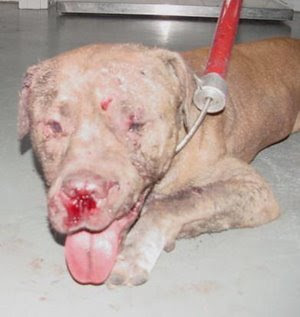 All posts otherwise mentioned are created by "The Unknown Poet", are in public domain, and can be used without giving any attribution to "The Unknown Poet", in a way as you deem fit. This also give you the rights to claim that a post(s) is your own creation.
To honor the creativity of the authors whose work has been posted here on this blog, they are mentioned at the end of that particular post.

Number of animals killed in the world by the meat, dairy and egg industries, since you opened this webpage.

Based on 2007 statistics from the Food and Agriculture Organization of the United Nations' Global Livestock Production and Health Atlas. 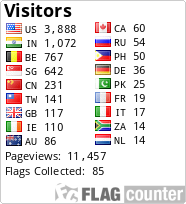